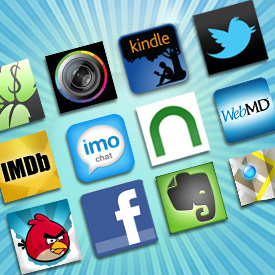 Quickly becoming the most beloved operating system today is the Android operating system. The popularity of this operating system is beyond our imagination on so many levels. We see a plethora of Android Smartphones launching daily. A wonderful window of opportunities has opened for Android app development.

Google Play is where developers publish their developed or created application. Android operating system is presently dominating and operating the entire Smartphone market globally. A number of business companies are now focusing on Android developing business; daily we see Android expanding and improving in leaps and bounds.

Why Aren’t Many Android Apps Successful?

Naturally, not all Android apps are successful due to various reasons. Many times a developer may not understand a demand of a consumer. Not all developers are very effective in the art and science of mobile development. Unfortunately, they at times misuse or forget the essentials of mobile application development that may not be effective; although, it is not difficult to achieve a viable mobile application.

As for designing apps, it’s important that you hire a mobile app developer in New York that understands the importance of using responsive web design.  Responsive web design can be the most viable solution of the dilemma facing during the developing the apps. This is the type of web design that deals with both cross platform and cross browser compatibilities.

Our mobile app developer in New York creates code for Smartphone, handheld PC devices and iPhones. Android 4.0 Ice Cream Sandwich is the type of device that uses responsive web design. This particular device attempts to culminate all Android tablet PCs and Smartphones. This is obviously the mobile device technology of the 21st century.

Getting Your App Built