Flash Mistakes That Will Lower the Quality of a Website Design 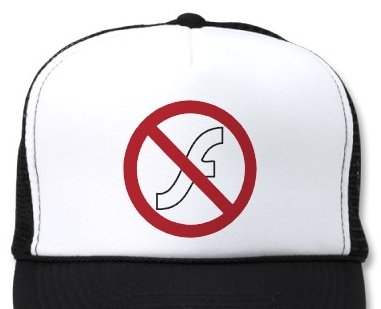 A common misnomer when it comes to web design is that Flash is only used for animation or videos, or to improve visual impression of the page. While Flash has proven itself in that regard, it is capable of so much more. Properly used, it can provide for a striking visual to visitors and can be used to make the user interaction seamless. On the flip side, there are mistakes some designers tend to fall into where using Flash optimally comes into play.

Mistake 1- Nothing goes together

This typically happens when the designer is not able to get all Flash elements such as animation, sound, video and graphics to work together or the timing is off. Trying to embed long text in Flash movies is usually the culprit. Doing so also has the less than desired effect of users not being able to copy text or open links in new tabs. One has the effect of making the site look “amateur” and will turn away potential customers. The second can lead to frustration, and also drive away traffic that you’re trying so hard to drive to the site. No matter how great the site design is, such distractions cannot be overcome.

A navigation menu can be the lifeblood of a website. Flash, if not used correctly, can destroy any usability of the navigation menu. When comparing what works to what doesn’t, it’s easy to see where things get off the rails. The biggest aspect of the navigational tabs is they should easily understandable, and they should work without problems free. An over zealous designer can get carried away and end up using too much code, resulting in a Flash based navigation menu that goes anywhere except where the user wants to go. While a designer might want to offer visitors a unique navigational menu, a lot of them will not understand it. They like simple and clean; if either of these mistakes is made in the Flash coding, it’s going to drive away visitors.