iOS and Android Development - What is the Difference? 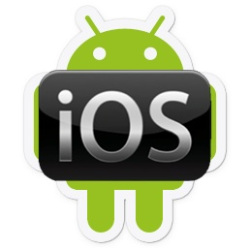 If you were to do a survey and ask every iOS user, that entered your website, if they would ditch his/her iPhone or iPad for an Android he/she would probably choose the option 'highly unlikely'.  The same thing would apply for an Android user. They would probably not want to live a single day in the iOS world. Knowing what your users like and dislike is important, especially when it comes to iOS and Android development.

Here are a few differences between iOS and Android Development:

iOS - Only in NotificationCenter
Android- Yes

Interesting Fact:. According to statistics, iOS users tend to be slightly more affluent and younger than most Android users.

Approximately, 19 percent of iPhone users are between the age of 18-24 compared to 16 percent of Android users.

In America, 41 percent of iPhone users have an income level of $100k compared to 24 percent of Android users. This is something to consider when developing your mobile app.

Do you have questions about NYC Web Design iOS and Android development? Feel free to contact us or call: 718.984.0500 for a quote and consultation.