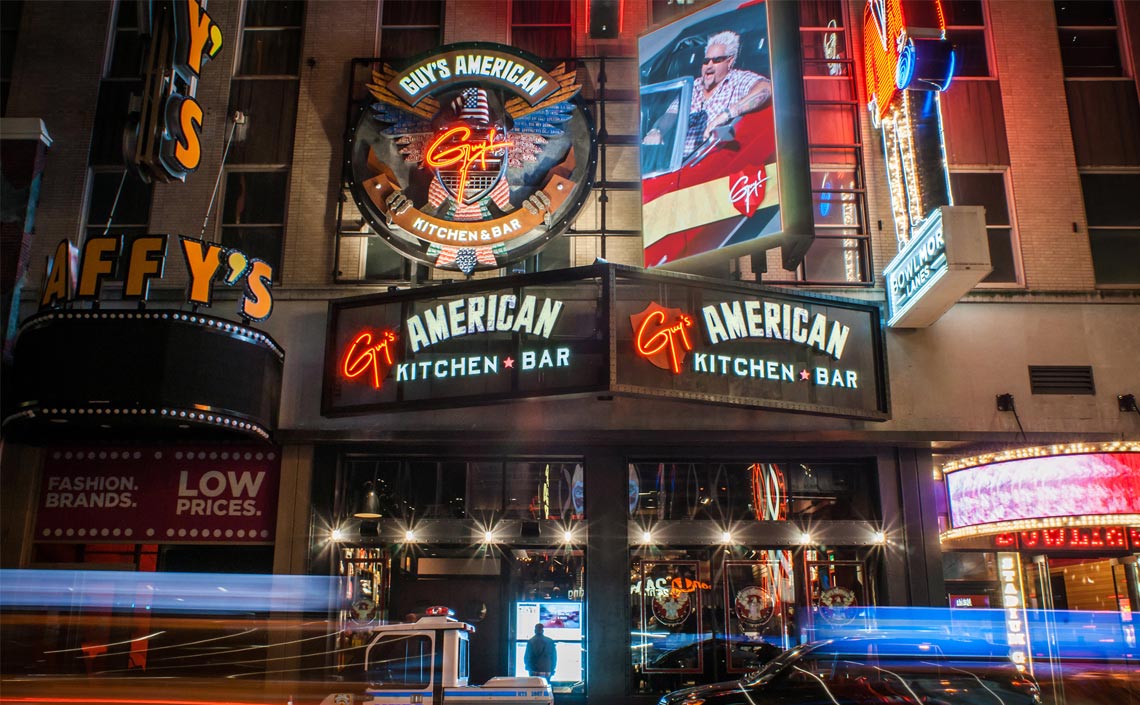 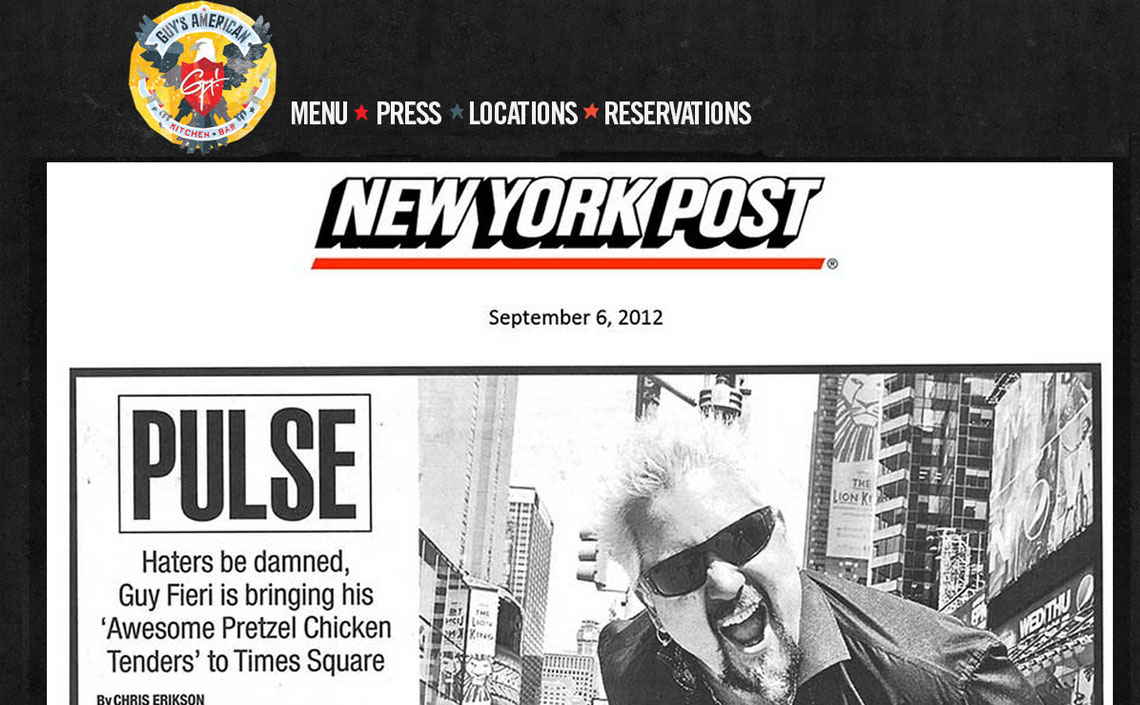 In November 2012, we were asked to design the website for a new restaurant concept in Times Square by celebrity chef Guy Fieri named Guy's American Kitchen & Bar. As avid fans of Diners, Drive-Ins and Dives, we jumped at the opportunity. We were not given much time to complete the project but managed to pull it off in time for the press even and launch party at the restaurant.

Our Hosting & Maintenance services also supported a large influx of traffic when the New York Times posted the now infamous review of the restaurant. We saw an immense increase in traffic due to the article becoming a viral sensation across the web.